With the State Government today committing the funds needed to construct a new John Peterson Bridge over the Boyne River. The remaining $5 million State funding will join a previous Federal commitment of $20 million to ensure construction will begin in the coming year.

Members of the Mundubbera to Jandowae Roads Working Group (RWG) were in attendance at the John Peterson Bridge today to hear Minister for Transport and Main Roads, Hon. Mark Bailey announce the $5 million funding to enable the bridge replacement and realignment. The RWG formed in 2017 bringing together a collaboration of the three Local Governments of North Burnett, South Burnett and Western Downs Regional Councils along with Regional Development Australia Wide Bay Burnett, AgForce Queensland, Toowoomba Surat Basin Enterprise and the Burnett Inland Economic Development Organisation. The John Peterson Bridge has been a major cause for concern on this strategic north-south inland route between Mundubbera and Jandowae due to its age and state of repair, restriction as single lane and low-level flood risk.

Minister Bailey today assured members of North Burnett Regional Council and the RWG who attended the announcement that detailed design of the John Peterson Bridge upgrade was in its final stages and when complete, construction on the replacement and realignment of the bridge would commence. Works are expected to get underway during the 2020/21 financial year

“This bridge is a critical link between three regions for education, tourism, health and industry, and today becomes part of an economic recovery plan to get Queensland going again”, Mayor Chambers said. “The John Peterson Bridge replacement and realignment is estimated to create more than 100 jobs in the construction phase alone, which couldn’t have come at a better time”, she noted.

“This investment will save us between $5000 to $10 000 per day during flood events, as well as providing safe access for our staff. Currently we rely on a boat to ship staff and supplies across the Boyne River during floods.

“It will mean we will have safer access for our trucks throughout the year and will reduce our anxiety about rain events and their impact on the business.”

BPA employ 65 people, directly and indirectly, across the region, contributing to the diverse agricultural economy of the inland Burnett.

The Mundubbera to Jandowae Roads Working Group greatly appreciates the commitment to the John Peterson Bridge project by both the Federal Government and now State Government following today’s announcement by Minister Bailey and will now focus their efforts on advocating for the widening and upgrade of the single-lane section of the Mundubbera Durong Road, south of the North Burnett/South Burnett boundary, to ensure the efficiency of this strategic inland transport network. 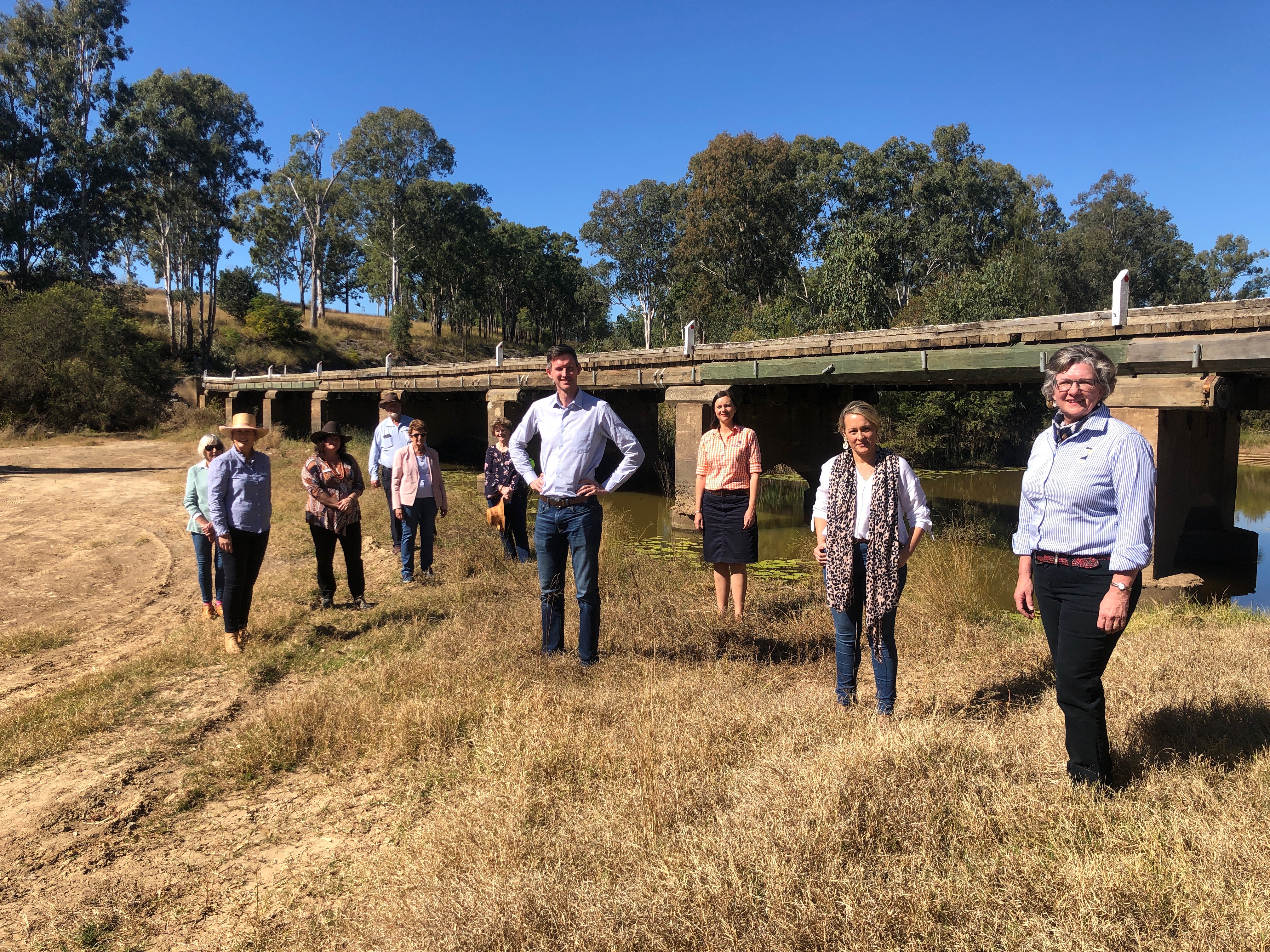