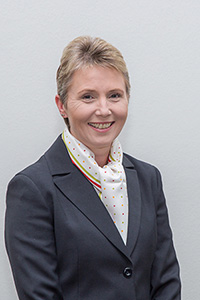 Cr Frohloff was born and bred in Kingaroy and is the youngest of four girls to Les and Thelma Pedersen and was raised on a property at Dangore Mountain, 45 minutes out of Kingaroy.

Cr Frohloff and her husband Lindsay moved to Nanango 1989, later marrying in 1991 and have since raised their three children Hayley, Nick and Courtney in the small community of Nanango.

Previous to being elected in March 2016, Cr Frohloff was a paramedic with the Queensland Ambulance Service where she had the privilege of working across the South Burnett Region for 20 years.

During the Local Government Elections in 2020, Cr Frohloff was unopposed in her Division and she is honoured to have been put back in the seat again for another term.

I will once again endeavour to help my community and also the region by helping non for profit organisations. I am not afraid to roll up my sleeves and get dirty for a good cause.